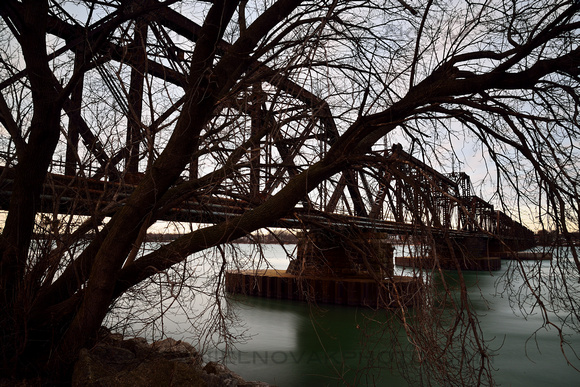 The International Railroad Bridge behind Trees

As the morning progressed on the Unity Island the blue tones gave way to a warmer look as the sun was trying to pierce through the clouds behind me. I really liked how the architecture of the bridge contrasted the curved f the tree in the foreground.