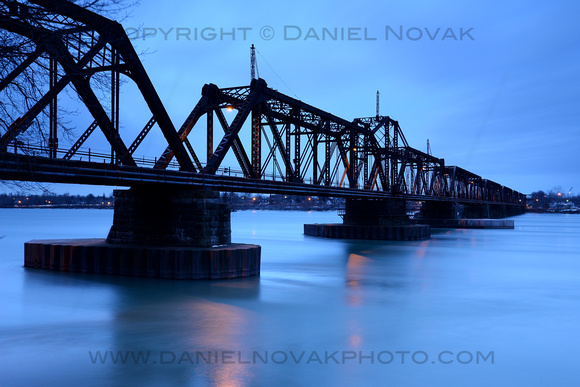 Beautiful early morning on the Niagara River with a bit of chill in the air. This was well before sunrise and rather cloudy and blue tones were ruling the scene. To preserve the mood, I have not changed the white balance to force a correction.