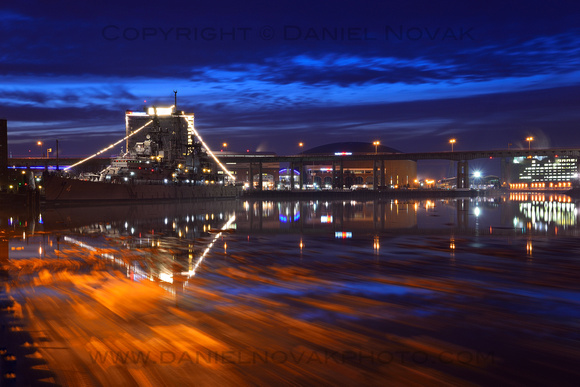 A strange sight on Buffalo River at daybreak. The left over broken up ice was flowing up the river as if the river reversed direction. And as it was floating by the shore the streetlights illuminated it with their warm light contracting the cool blue sky. Special filters were invented to get blue and gold but no filters needed this morning.