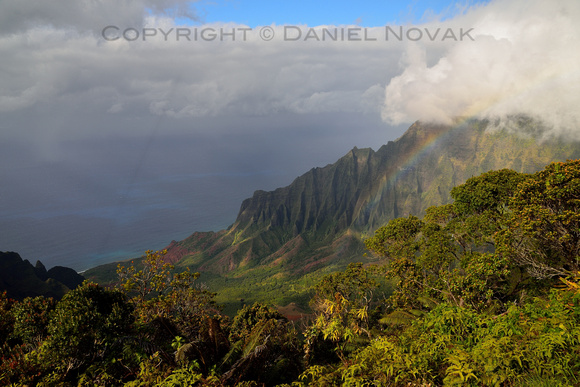 A beautiful slice of paradise located on the island of Kaua'i in Hawai'i and one of the valleys of Nā Pali coast. Part of it's magic derives from its inaccessibility other than by boat or on foot.

Kaua'i was formed by volcanic overflow approximately 5.1 million years ago. Many historians consider Kaua'i to have a separate history from its sister islands based on evidence showing that Kauai was once the home of the seafaring Menehune tribe of Central Polynesia.

The first recorded history of Kauai's people began with the Marquesans of Polynesia. They inhabited the island from 400 A.D. until they were conquered by the Tahitians 600 years later.