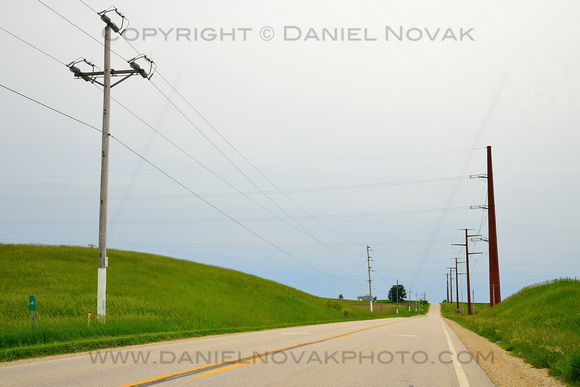 There are many iconic roads in the United States that all experienced a similar sequence of events from the initial efforts to build them through a period of high popularity and fame to an Interstate induced decline. Roads like Route 66 and the Lincoln Highway come to mind. However, these national highways are just the tip of the iceberg. There are other roads with state significance and the White Pole Road is certainly one of them in the state of Iowa.

The White Pole Road was designated in 1910 to improve Iowa's reputation for unpassable roads. It was not funded by state but maintained by people to insure access to their towns to get travelers and customers. It stretched from Davenport, IA to Council Bluffs, IA. Its poles were painted white and the road was advertised as the "Great White Way" people were encouraged to travel.

In 1913 the road became Iowa's first State Route. Since then, it was renumbered several times and bounced between the state and federal highway systems. 1965 did not bring good news to the road nor to the communities it was passing through. The I-80 significantly diminished its popularity.