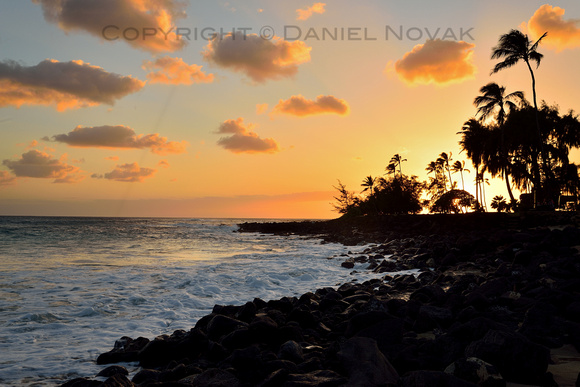 A picture perfect natural show on the south shore of Kaua'i, the Garden Isle of Hawai'i. This is a short section of the shore between the famous Poipu Beach and Brennecke's Beach filled with lava rocks that get constantly pounded by the crushing waves of the Pacific, especially during winter months It's a favorite section of mine as it always seems alive, always different. This evening it provided a perfect lead in for the palm trees and the sun setting behind them. And as a bonus, nice floating clouds made the sky look even prettier!