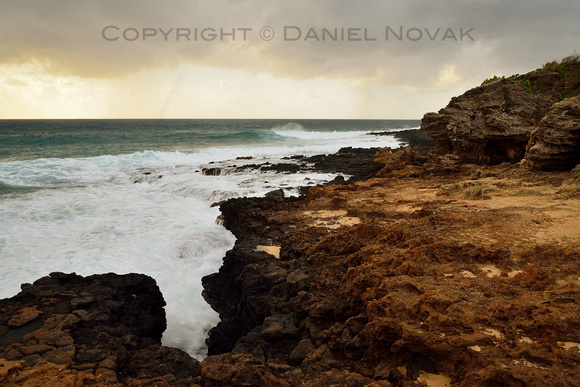 Beautiful morning light over a rugged lava-filled coastline as the sun was trying to get through the clouds of the morning storm leaving the area.