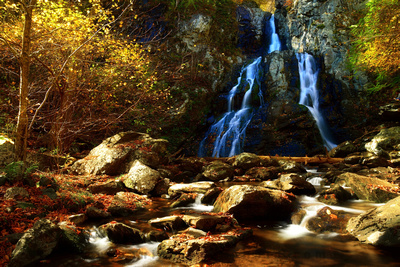 Quite often, I intend my photos to be black and white before I ever shoot them. Then, I capture them in color and do the conversion later. Other times, I get the idea of a black and white conversion while processing my images, try it, and compare whether I like the color or black and white better. Removing color can simplify the scene and put more focus on shapes, lines, curves, textures, and other elements otherwise overpowered by color.

Then, there are situations like this one. The natural scene was beautiful but we arrived in the middle of the day, contrast between highlights and shadows was huge, and colors casts varied between the sunlit areas and shadows a lot too.

I did not bracket my exposure to try an HDR later. There was a breeze blowing the leaves around and I did not want to bother with HDR and get unsharp trees looking like multiple exposure gone bad. And even HDR would not solve the strong blue cast of the shadows vs. warm autumn foliage and the golden glow on the rocks.

I really don't like spending much time processing my photos, I prefer a few quick clicks. However, I tried a bit more with this photo without getting anything to my liking. Neither global nor local adjustments got even close to doing justice to what nature put in front of me there in Shenandoah National Park, the beautiful South River Falls.

So here comes another reason to try black and white. First, it immediately resolves the color cast problem, and second, higher contrast and a touch of bright highlights seem to be a bit more forgiving in some cases. So, I took the final version of my processed color version, exported it as a 16-bit TIFF, and played around with Silver Efex Pro 2 for just a few minutes. I settled on a fairly natural conversion and finished off with a hint of coffee toning. 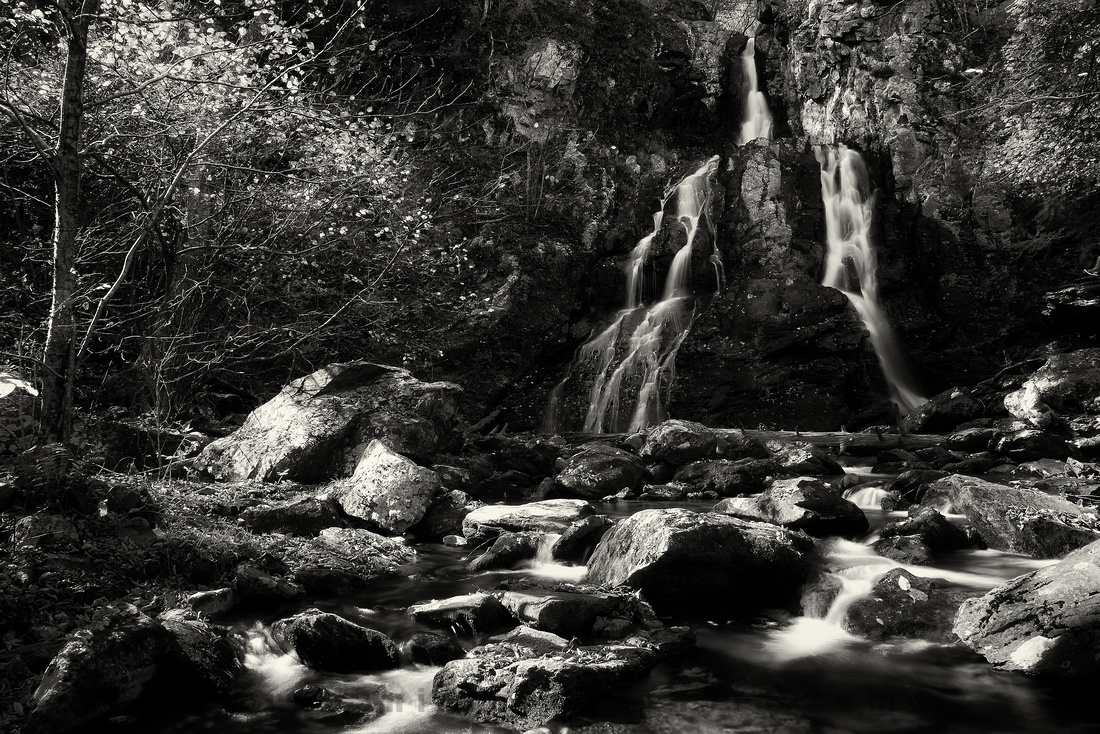 What do you think?

Have fun with your visions, whether they're in color or black and white!

Using my links to buy your equipment keeps me going and costs you nothing. You can also use the Amazon search box in bottom left for anything not mentioned here. Thank you very much, I really appreciate it!

Using my links or this search box costs you nothing and keeps me going. Thank you! #CommissionsEarned