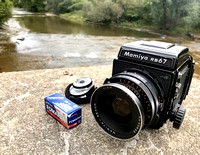 One of the Southtowns Gems that gave a name to today's post is located on a loop I like to circle quite often, recently mostly on a motorcycle. However, it's also a great medium difficulty bicycle ride, which unfortunately I have not done in a long while.

The house is located in West Falls, NY and at some point, I noticed how great it looks in sunrise light. Its facade is facing east and when the sun clears the terrain to the east and illuminates it with its warm rays it lights up like a light bulb. And of course, the wonderful variations go from there, whether a sunny morning with clear skies paving the way for a fitting filter or cloudy skies with the clouds getting a similar sunshine treatment from below as the house itself.

One of these sunny mornings it was time to go back to the target location with a camera. The tool of choice was a Mamiya RB67 loaded with Fomapan 200 black and white film. To enhance the sky behind I fitted an orange filter on the lens. I had three lenses with me for this expedition: a wide angle 65mm, normal 90mm, and a short telephoto 127mm.

How did things go in the end? I started the day with the 90mm lens at the primary location. As hoped for, the house was lit wonderfully and all that remained was a choice of a perspective. I settled on the 90mm and an angle that would include not only the house but also the leaning utility pole across the street. I decided to go hand-held to keep things simpler. The camera is so heavy that its inertia helps with steady photos. And as I mentioned, the scene was brightly lit. 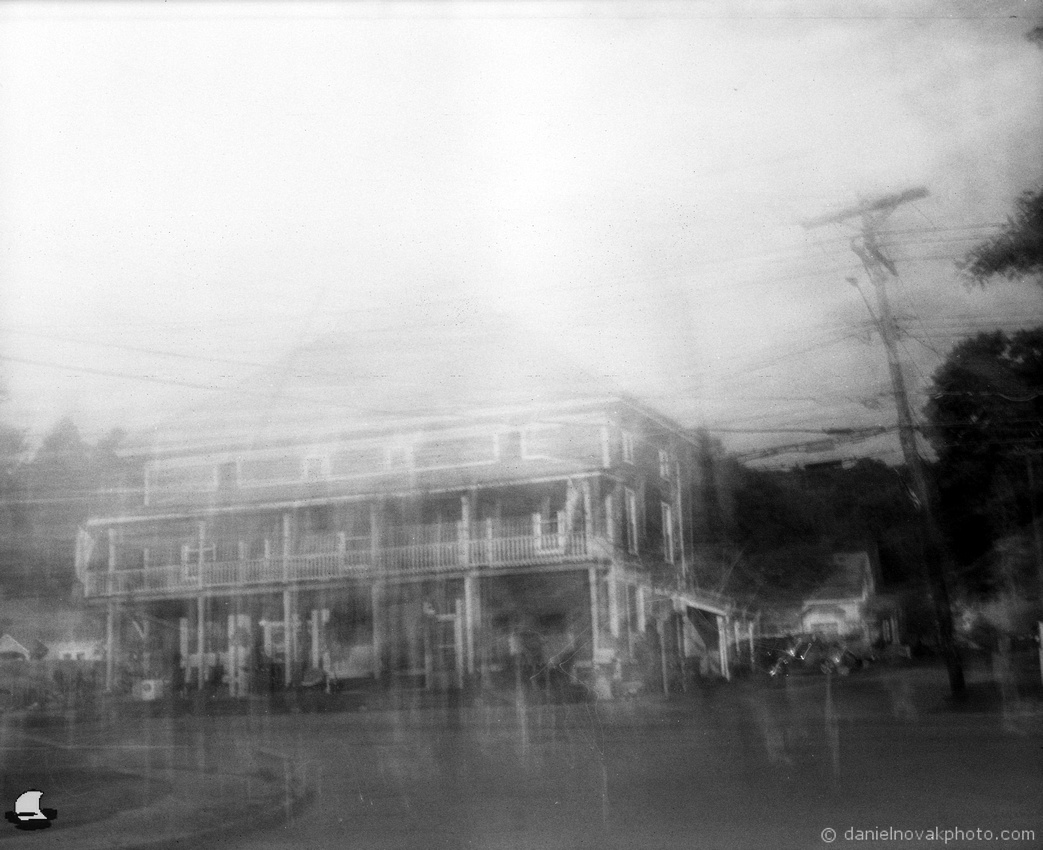 What do you think? Exactly as planned, right? I was quite surprised when I developed the roll a few days later and found that the 10 total frames were divided into three groups. The first group, like the first photo here, had an alright exposure but lots of motion blur, the second group were blanks, and the final third group looked as intended.

This was only my second or third outing with the camera and the first time I decided to pay attention to the camera and lens combination. I also decided to go hand-held and forgo the mirror lock-up mode to simplify. When I saw the results, I was able to tie the three groups to the lenses used and carefully inspect each to see what was happening.

The 90mm lens showed visibly lazy shutter blades that closed fast at first but then took extra time to fully close, explaining the motion recorded on film. The 65mm lens was in an even worse shape with the shutter blades fully seized not opening at all. And finally, to provide at least some happy relief from a total failure, the 127mm lens operated perfectly. Over the years oil must have seeped over the blades rendering them almost motionless.

I already had repairs quoted and it's not looking good. One can buy 5 - 10 secondhand lenses on eBay for the repair price. The repair tech is very good, and the lenses would be like new. But with the price of the used lenses being so low it may be better to gamble on those, even if I have to buy a handful before finding one in a solid working order. 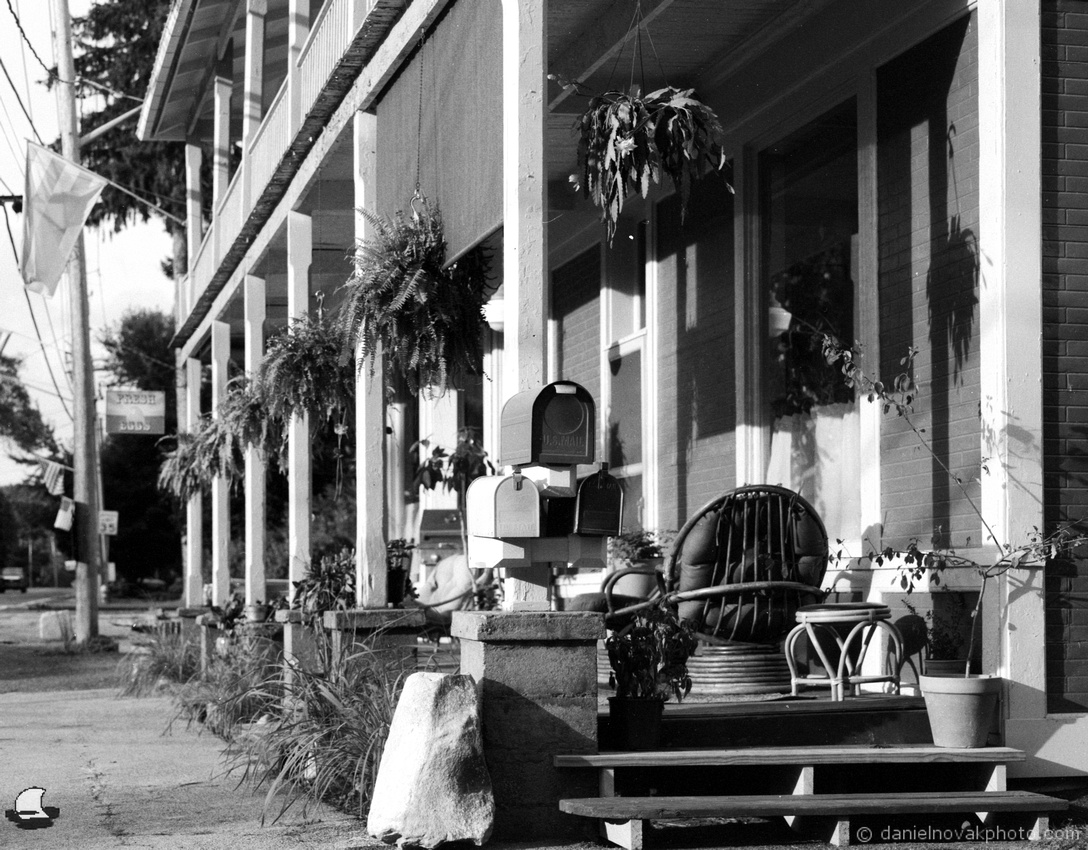 In the second photo we are still at the first location. After the overall photo I decided to get closer with a tighter lens and focus on the mailbox trio on the corner. And I am glad I did, at least location number one was not a total bust.

From West Falls, I continued along my favorite loop while often deviating to find other nearby photogenic sights. And after the 30% success rate of this roll of film it sure looks like I will have an opportunity to revisit many of the locations. 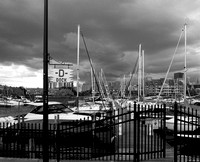