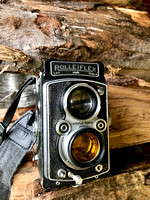 Sometimes even a roll of 12 exposures proves to be too much for a single photo outing. This one covered two locations. First, a walk in the Niawanda Park in Tonawanda where the final stretch of Tonawanda Creek caught my eye. It was not the creek itself but the manmade features on the creek and along its banks. Second, an always refreshing walk down the Bird Island Pier in Buffalo. And again, without any effort to coordinate the content of this roll of film, my fascination was diverted from the Niagara River to the encountered manmade features.

I had my Rolleiflex Automat from the 1940s loaded with a fresh roll of Fomapan 400, my favorite all around film. You might think a 400-speed film is not the best fit for a sunny day, but I rate this specific film at 200 and I usually have a yellow or orange filter on my cameras loaded with black and white film. So right there, one is down to either a 100 or 50. That leaves just enough leeway to stop the lens down a bit for the right dose of depth of field.

Alright, let's head to the northtowns first, specifically the place where Tonawanda Creek finds its mouth into the Niagara River. And there, its northern banks are lined with picturesque boathouses that caught my eyes many times before and I keep looking for the best way to capture the idyllic sight in a photograph. This day, that attempt was a black and white square. 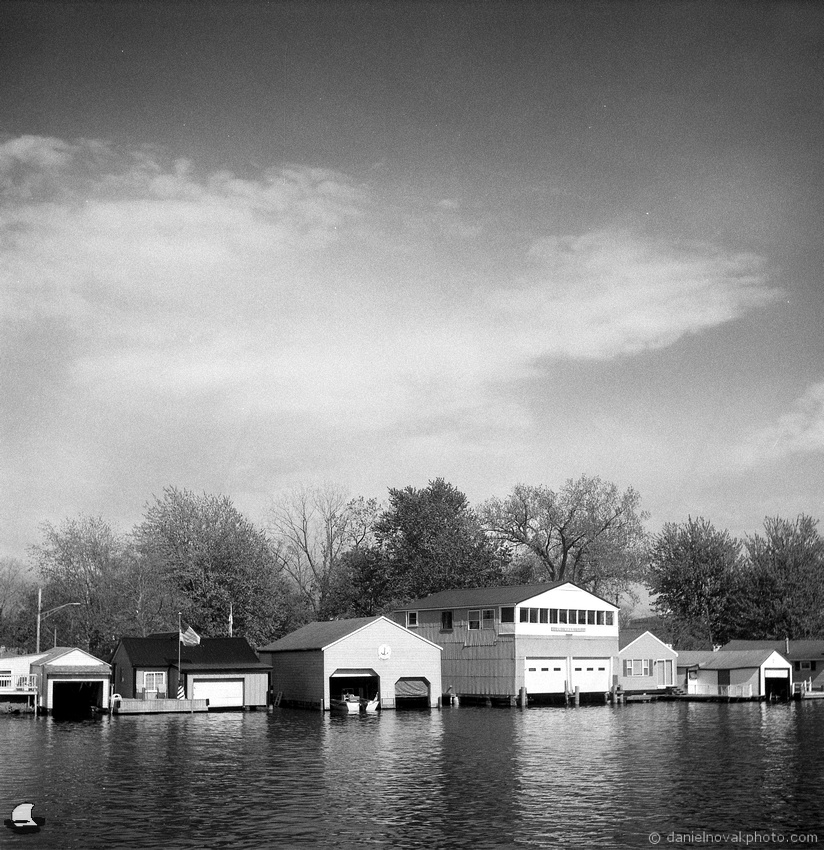 There is also an old defunct swing bridge that now remains permanently swung out of the way. It has been drawing my attention for years. Here's a 2012 photograph with a completely different take on the same structure. It was built in the 1890s and served the New York Central Railroad through the 1970s. 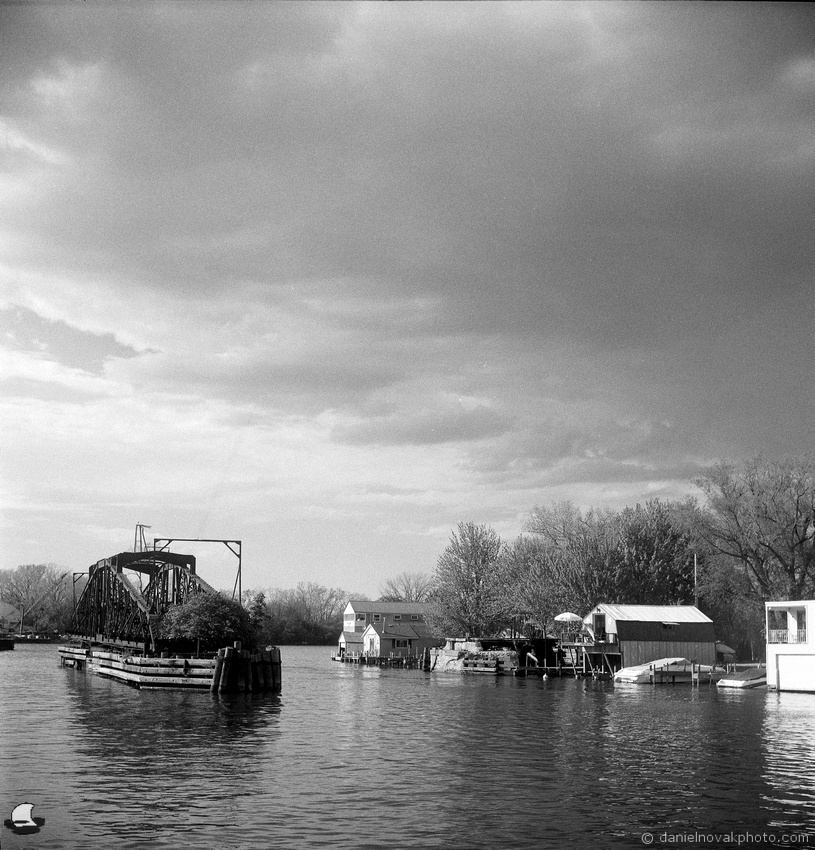 Boathouses and Swing BridgeBlack and White

For the next two photographs let's head south from Tonawanda to the city of Buffalo, specifically to Broderick Park on Unity Island (previously Squaw Island). That's where the Bird Island Pier starts and splits apart the Niagara River and Black Rock Canal. The total length is around 2 miles but unfortunately, it's been a long time since I could walk its whole length. Weather is taking a toll on the structure and repairs don't keep up. A good chunk of the pier is flipped over making the section unpassable. In the photograph below, we're looking from that point back north towards the Peace Bridge 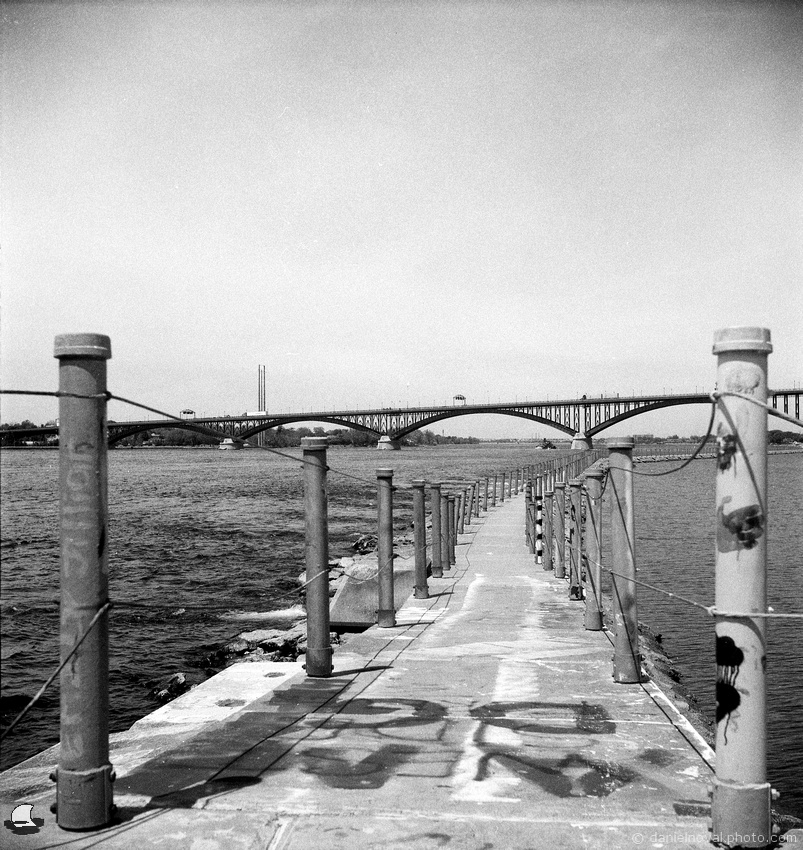 On Bird Island PierBlack and White

And the final photograph brought a smile. In one of the many overflows from the canal to the river there was a "For Rent" sign drowning. Maybe it would not be so funny without the context, but I was walking with a friend who is in the rental business. 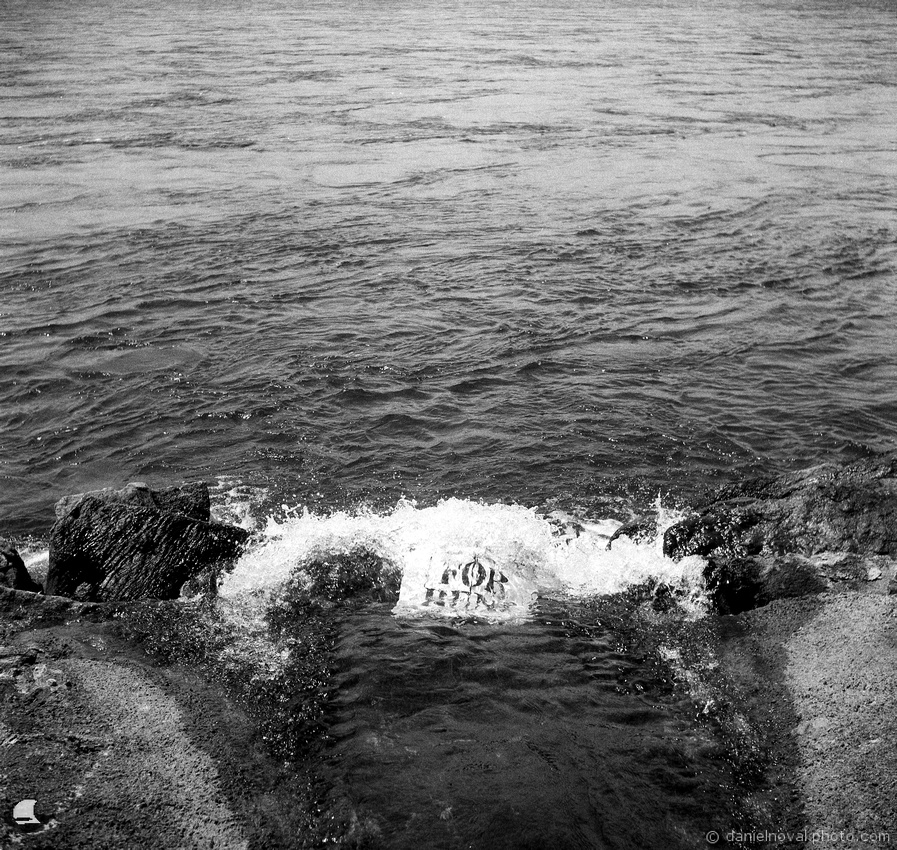 For Rent, A DealBlack and White

And those were the four squares I prepared to share with you all today. What's planned for the next one? As the Western New York weather turns cold it will be something warm. Come back (hopefully) next week and see for yourself.

Thanks a bunch for stopping by and ... Enjoy The Beauty That Surrounds You! #etbtsy 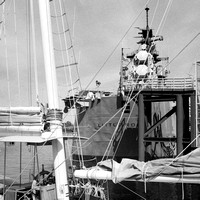 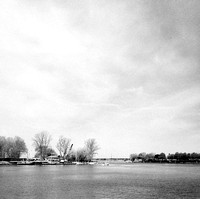 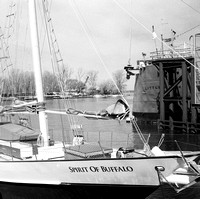 Sailboat and a CruiserBuffalo, NY